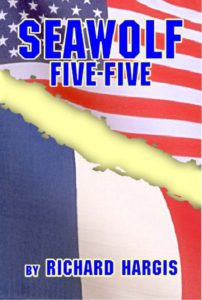 Since Indochina, both France and the U.S. have been split down the middle between themselves and each other. These wars die hard. Retrace the fight as an American pilot and a French one define the emotional battleground between the spirit and the sword, how they repatriate through a wierd set of events. In 1966, Brad Thomas flies a helo for COMSIXTHFLEET and exploits the joie de vivre on the Cote Azur with girlfriend Maggie. At the same time, France has the bomb and withdraws from NATO. Sixth Fleet Flagship is without a homeport and sails to Tunisia in search of a new one. There, Brad meets an expatriot, Robert DuPont and they become les compagnon amis. Robert is Brad’s anvil, however, as he relives combat flights over Indochina and Algiers, he virtually fortells Brad’s doubious future.

Brad finds himself in a gunship over Vietnam. He meets Vietnamese woman and falls in love. As disillusion for the war sets in, she becomes his touchstone with reality. When it comes to war’s end, there’s more at stake than winning or losing, the very soul of the nation is at risk. In repeat scenarios of Vietnam, Brad will come to know that when a nation splits, the prosoects of it’s demise is immanent. As Brad and Ti-Ti try to put their lives back together, a quirk of fate soon changes everything for them.

Born in Tulare, California. Enlisted in the Navy when seventeen and served four years. Attended Cal State Long Beach earning a BA in Speech and English. During the college years he wrote poems. The Sidhe and Chips of Hate. He returned to the Navy as a pilot and served twice in Vietnam. In 1979, he retired from the Navy and returned to school in San Diego, and earned a MA in business. For a time he flew offshore to the oil rigs, then with an airline. He was employed by Allen Corporation as a subject matter expert, and authored a number of technical training publications. Later published works include Monet’s Boats and Adieu Forme Je Sens Plus for which he was awarded the Homer Trophy by the Famous Poets Society. Richard resides in Northern California where he is working on his second novel, Return to Algiers.